What a Wonderful World by Louis Armstrong 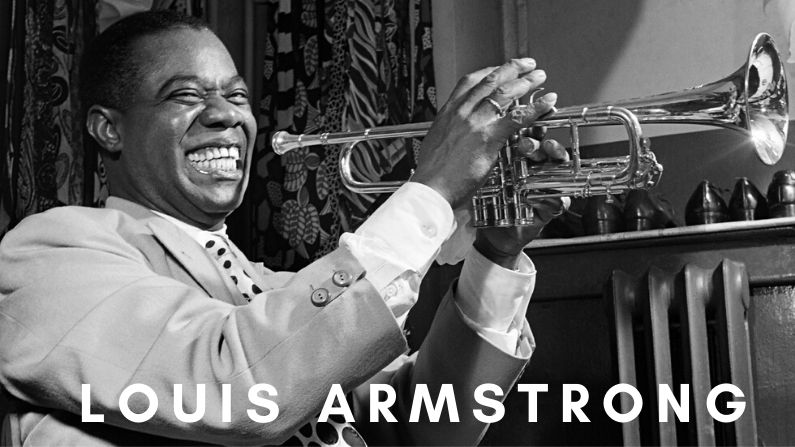 “What a Wonderful World by Louis Armstrong” is still one of my favourite songs today. And as a jazz musician and trumpeter he was simply unsurpassed. Growing up in New Orleans where Jazz was still in its youth, he learned to play the cornet in a Boy’s Home and quickly found his passion for music.

He listened to the Jazz pioneers of his time including King Oliver, a talented New Orleans cornetist who he replaced in the Kid Ory Band in 1918. Armstrong played in marching and Jazz bands, as well in Mississippi Riverboat bands and found fame when he joined King Oliver’s band a few years later. The rest is history!

The history of  – What a Wonderful World by Louis Armstrong

One of the most loved and remembered songs, What a Wonderful World is truly a timeless song. Written by Bob Thiele and George Weiss, this beautiful song was released by Armstrong in 1968. Apparently, it was first offered to Tony Bennet who turned it down, even though Weiss has said that he wrote it with Armstrong in mind.

Amazingly, it wasn’t a hit in the US where it was released, selling only 1000 records, but it’s said that this was because the head of ABC records didn’t like the song and wouldn’t promote it. It wasn’t until the song was used in Good Morning Vietnam that it hit the charts.

What’s the song about?

This song is about appreciating all the good things in life, even when we can see all the pain and suffering around us. It’s meant to show us that the world has beauty and is a very powerful song.

Well-known artists who have sung this song

What a Wonderful World is the most covered song in the music industry. Tony Bennet went on to sing this song, as well as Roy Clark, Nick Cave, Sarah Brightman, Israel Kamakawiwo’ole, Céline Dion, Rod Stewart, Stevie Wonder and many more.

If you want to sing beautiful uplifting songs like Louis Armstrong, call me (Ian Laurence) on 0407 431 831 or send an email today.