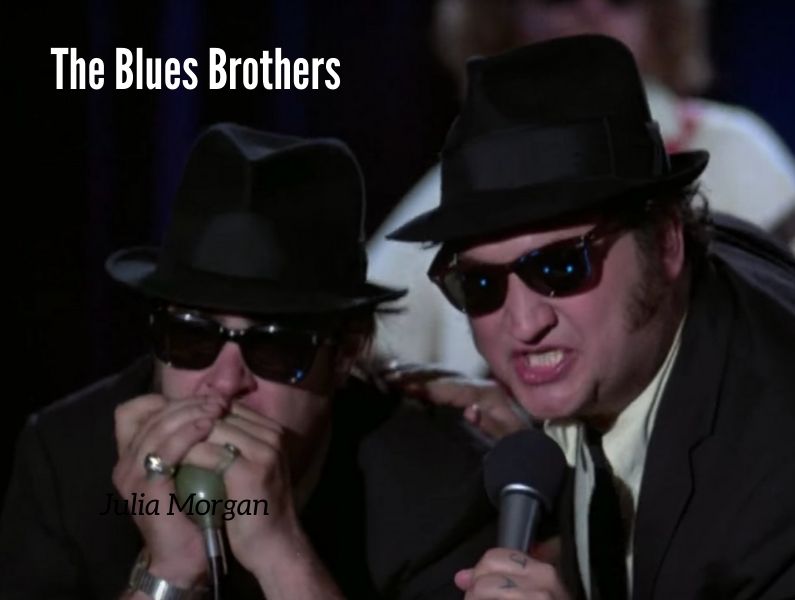 There are many iconic moments in The Blues Brothers movie, but some of the most memorable were the performances of the Reverend James Cleveland’s Southern California Community Choir in the Triple Rock Baptist Church. The choir was actually the Southern California Community Choir and they have also appeared on recordings by Aretha Franklin and Elton John. This choir was awarded a Grammy for the Best Soul Gospel performance in 1975.

The famous gospel singers and their songs in the movie

Do you remember some of the awesome songs and Gospel singers of The Blues Brothers movie? Let’s take a look at three of these scenes!

As the long suffering wife of the guitarist, Aretha trounced her own song Think in the diner, dressed in a pink waitress uniform and pink fluffy slippers. Her song clearly expressed character’s displeasure that her husband was going on the road once again! This role was specifically written for Aretha and was a long shot, because Aretha was very selective about her performances. It paid off handsomely and the rest is history!

Playing the blind music instrument dealer, Ray, Ray Charles covers the song Shake a Tail Feather, originally recorded by The Five Du-Tones in 1963. Ray plays this song when Murph (played by Murphy Dunne) states that there is no soul left in an electric piano!

As the Reverend Cleophus James at the Triple Rock Baptist Church, James Brown belted out his rendition of The Old Landmark, bringing the house down! This Gospel song was later recorded by Aretha Franklin and Dionne Warwick.

If you haven’t watched The Blues Brothers movie, maybe it’s time to explore this iconic movie and its Gospel songs. At the Elemental Choir, we love Gospel music, so why not join us and sing along?