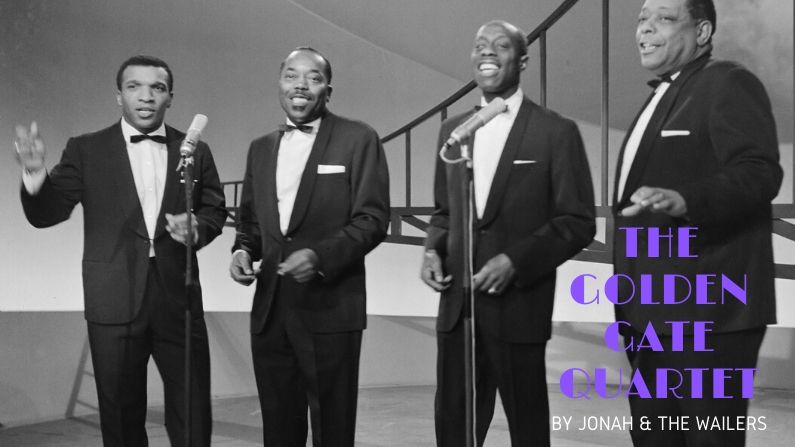 If you like Gospel music, you’ll love the songs by the American vocal group – The Golden Gate Quartet. This group was formed in 1934 and is still going strong! Albeit with none of the original members, but they are still stomping their stuff to happy audiences.

The original members of The Golden Gate Jubilee Singers started out by singing on radio and in Gospel churches (they renamed themselves The Golden Gate Quartet in 1939). Combining well-loved barbershop songs with blues and jazz, they gaining a solid following that still resonates with audiences today.

Their first record deal was in 1937. They sang at Carnegie Hall in NY City in 1938 and at Franklin Roosevelt’s inauguration in 1941. During all the intervening years, this quartet have remained a very popular group in Gospel circles, and were inducted into the Vocal Group Hall of Fame in 1998. The members of the quartet have changed frequently and whilst there have always been four singers in the group, there have been 17 other members who have come and gone since 1934.

You might not recognise the name of this quartet, but you might know some of their songs. Here’s a selection that are worth checking out:

Well-known artists who have sung with The Golden Gate Quartet

The playlist for the Carnegie Hall concert included Benny Goodman, Count Basie, Duke Ellington and Big Bill Broonzy. They appeared in many early films including the Star-Spangled Rhythm, Hollywood Canteen and A Song Is Born, and recorded with legendary folk and blues singer Leadbelly in 1940.

Why not join our choir and sing Gospel songs like The Golden Gate Quartet? Call me (Ian Laurence) on 0407 431 831 or send an email today.