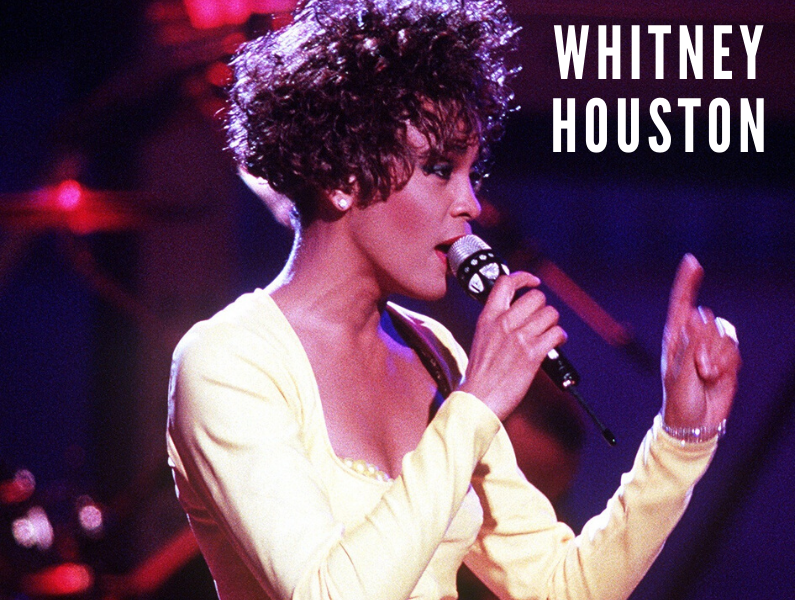 Not all of us can sing like Whitney, but you can join our Choir and sing her fabulous gospel songs. Whitney was an American singer and actress who is in the Guinness Book of Records as the most awarded singer of all time!

She won so many awards that I can’t list them all here, but she won in every category on the planet! These include American Music Awards, Billboard Number One Awards, Grammy Awards, Best Seller Awards, Emmy Awards, American Black Achievement Awards, and many, many more.

The history of Whitney Houston

Whitney was almost destined to become a star because her mother – gospel singer Cissy Houston and her cousin Diane Warwick (who was a megastar) were both legendary singers. She was even the goddaughter of soul legend Aretha Franklin!

Whitney sang at her local Baptist Church where her mother was the choir master, WOWing the audience at an early age. She was discovered when she was 19 years of age (after being a successful teen model) and was signed by Arista Records immediately. She sang R&B, pop, ballads and gospel and had one of the most wonderful and distinctive voices in recent memory.

Whitney has left us with so many wonderful songs, it’s hard to pick the best, but here’s my pick of her best hits – most of which you MUST recognise!

Well-known artists who have sung with Whitney