Ian Laurence is the arranger & musical director of his two choirs: Jonah & the Wailers and The Elementals.

He began The Elementals in 1991 and Jonah & the Wailers in 1995. Four evenings a week Ian rehearses his choirs and comes home feeling exuberant and excited! Arranging traditional African-American gospel spirituals, plus a wide range of songs from everywhere that he feels would sound powerful in 4 part harmony. Often choir members will recommend a song that they feel a connection with and Ian will arrange it.

Ian grew up in a leafy suburb of Canberra with his mother, father, brother and sister.  His mother Betty taught local children to play the piano and of course she taught Ian to play the piano as well. Betty recalls Ian having a very developed ear as an infant – fascinated by music, and listening intently.  He developed his musical ability at a young age. By the age of 10 Ian was playing the piano well.  He then formally trained as a classical concert pianist between the ages of 10 and 18 and then later went on to play jazz, boogie woogie and blues piano. 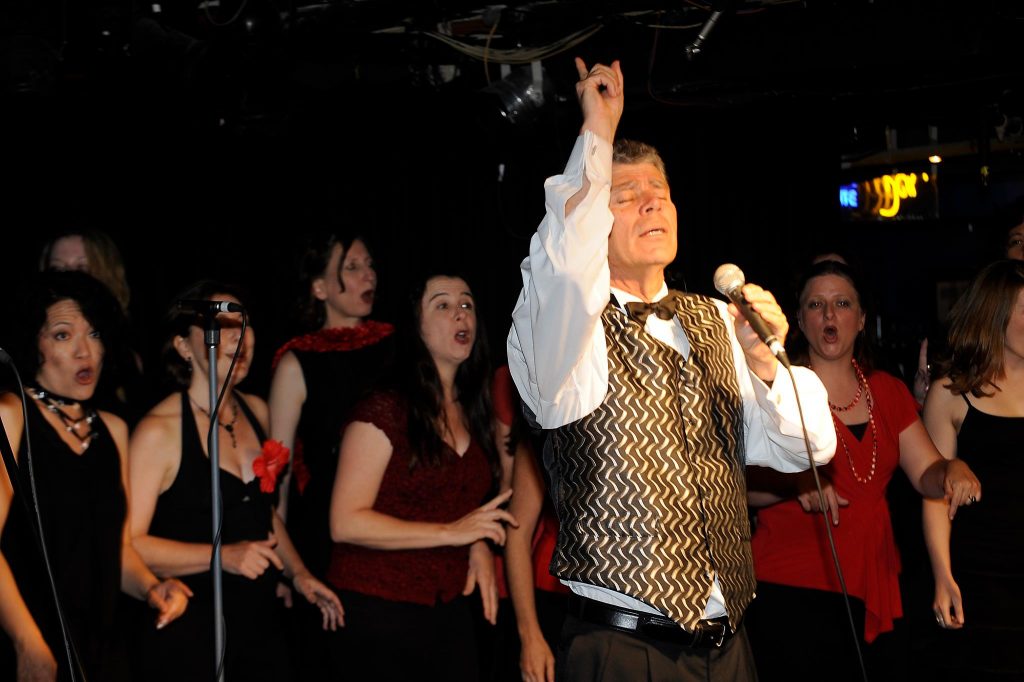 He became a piano player in live theatre in Canberra, including the Canberra Repertory, and the Australian National University Theatre Group. He was a foundation member of the Canberra Jazz Club, and leader of various jazz piano trios.

Although Ian excelled academically (coming 4th in the state in his HSC) he made a clear decision by the age of 18 that he would pursue a career in music – much to the dismay of his father! He could have gone down the medicine or law path – but instead strategically carved out the ways in which he could live a life of passion through music. He decided that school teaching was the way. Ian was a natural teacher and loved the vocation. He felt teaching would give him a steady job plus extra time to work in the evenings to develop his music. Ian did exactly this. He taught HSC mathematics at North Sydney High School and spent his lunch hour learning hundreds of tunes on the piano then working evenings as a piano player and singer.

Later in his career, he studied orchestration and composition at the famed Sydney University School of Music and went on to become a film composer and arranger. Those who know Ian well know that he is rock solid in his love and commitment to his choirs. In 23 years he has not once taken the night off! Although he did arrive late once (when he was doing a film composition job). Being such a committed choir director allows the choir members to feel they can rely on the stability of the group – and therefore generate their own sense of belonging and perseverance to the group.